The warm September night that I was awarded the title of 2018-2019 Rodney Aldborough Fair Ambassador was one of the most unforgettable nights. When awarded the honourable title of Ambassador, I had no idea what the next year would have in store for me. When I look back to the weekend of that Rodney Fall Fair, I am filled with joy and delight and a smile comes across my face. From that night on has been an unforgettable experience. At that point I was not fully aware of all the friends I would make along my way of being the Rodney Ambassador.

The weekend of the fair was amazing. Getting to know so many new people that all shared their advice with me on how to be the best Ambassador I can be, was so insightful. It all didn’t seem real, like I was in a dream. Then the President of our Fair announced my title at the Tractor Pull and I knew it was real. The unforgettable weekend at the fair filled with so many activities is a weekend I will fondly look back on. From riding in the parade, awarding the sheep and cattle showing, to drawing the prize for the children’s scavenger hunt. It was a true honour to be able to see all the smiles on fair-goers faces and everyone have an amazing time at our small town fair. A couple short weeks later I got to participate in the Wallacetown Fair Ambassador competition and had the true honour of meeting Miss Canada!

Shortly after the fair season came to an end, I was able to attend the annual fall meeting of the fairs. Here I got to connect with the other Ambassadors of District 13. We learned what being an Ambassador was all about, in addition to preparation for the CNE competition. At this meeting, I was able to connect with the other Ambassadors, to which I am still connected with and we all talk regularly! The fair community is truly amazing, to be from all different regions and connected is such a great feeling. We all started off as strangers, but in just a few short months, we have become good friends!

The OAAS Convention that took place in Toronto in February has been the highlight of my year so far. During this weekend I had the pleasure of meeting an abundance of astonishing people. I got to meet the CNE Ambassador, Vanessa Riddell, and got to spend my whole afternoon chatting with her about her experience as the CNE Ambassador. This weekend was full of insightful workshops about agriculture and food in small towns, as well as bonding exercises with my fellow Ambassadors. It also allowed me the opportunity to speak in front of large crowds to prepare for the CNE. My knowledge of rural communities and small town fairs grew after this weekend. It gave me a great deal of honour and pride to be representing the Rodney Fair.

I would like to express my gratitude to the networks behind making the fair possible. To be apart of the Fair Board and to have a say as a youth, has furthered my appreciation of the Fair Board members. This has definitely been one of the greatest and unforgettable experiences of my life and I will look back on it with nothing but happiness and gratitude. I would also like to thank everyone who has helped me throughout the year with meetings, events, competitions, and so much more. 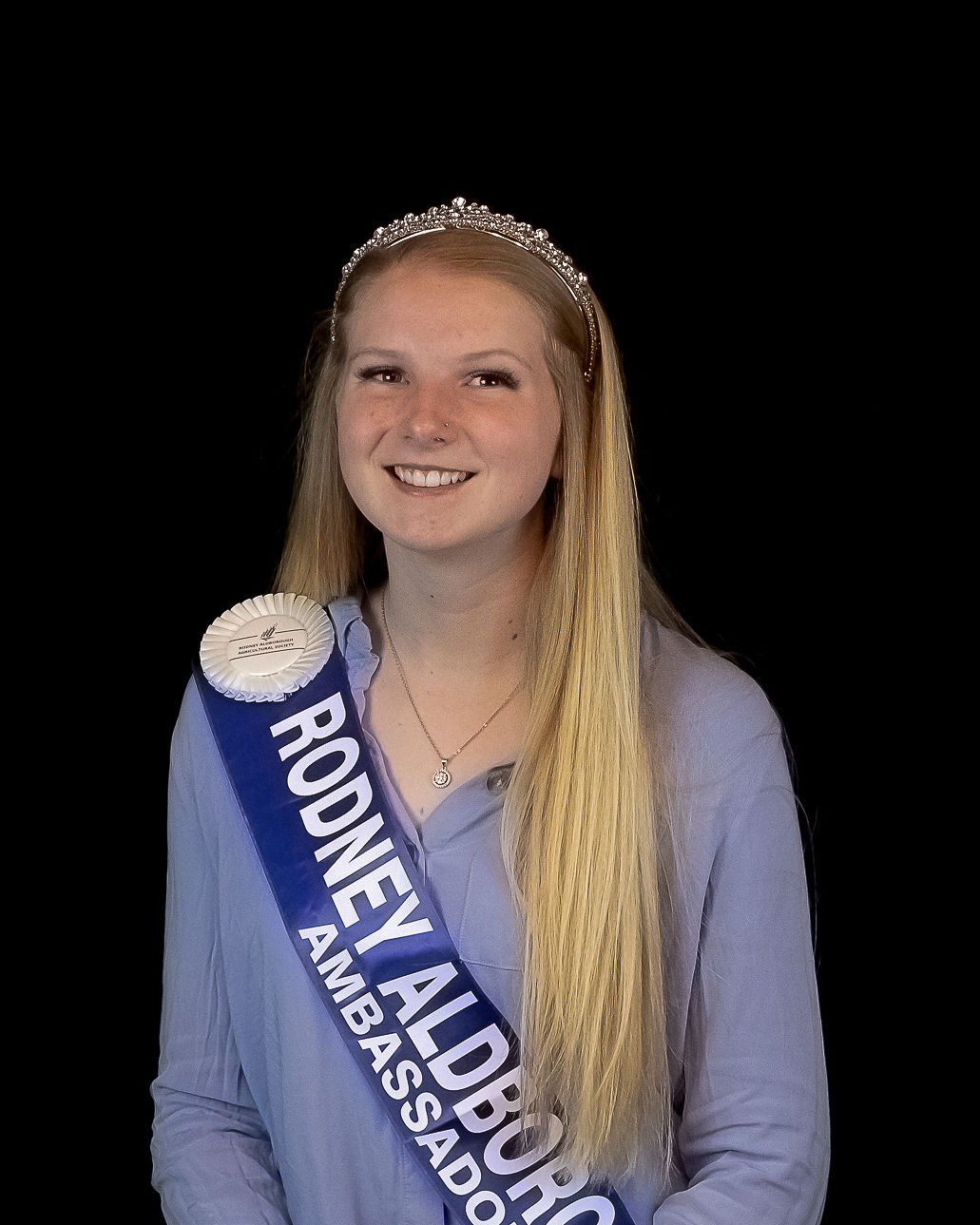 Photo:  Love In My Jar Photography